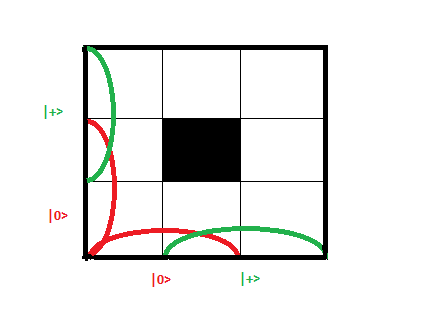 And how about the realist psi-epistemic view? Unless it reinvents itself and produces a comprehensive interpretation of quantum mechanics, it is confined to the long list of failed ideas in physics like phogiston theory. The epistemic point of view lives on in new-Copenhagen interpretations and QBism, while the realist point of view lives on in Bohmian interpretation, but the combination seems to be doomed.
Posted by Florin Moldoveanu at 4/23/2015 08:45:00 PM 4 comments:

The realist epistemic point of view

There is about a week until I'll attend "The New Directions" conference in Washington DC, and after the conference I'll have plenty of fresh new ideas to present. In the meantime I'll devote this and next post to discuss the so-called Psi-Epistemic point of view of Quantum Mechanics.

The basic intuition originates from phase space where particles have a well define position and momenta, and a probability distribution in phase space corresponds to genuine lack of knowledge. In the realist epistemic point of view, the wavefunction corresponds to knowledge about an underlying ontic reality. This ontic reality is left unspecified: it could be classical physics with hidden variable, it could be the wavefunction itself, or it could be something completely new and undiscovered.

The key question is this: can the ontic state exist in more than one epistemic state? If yes, then a measurement in quantum mechanics simply reveals the pre-existing reality. There are a lot of roadblocks to construct such an epistemic model, but the point of view taken by Spekkens was different: let's not construct a model which recovers completely quantum mechanics predictions, but let's construct a simple epistemic toy theory and see what unintuitive quantum phenomena get a simple explanation.

The basic idea is that of simulating spin 1/2 particle measurements on 3 axis: x, y, z. Here is a picture from the excellent review paper by Matt Leifer: http://arxiv.org/pdf/1409.1570v2.pdf

In Spekkens toy model there are 2 x states: + and - and 2 y states: + and -. The system is at any point in one of the 4 possible states: ++, +-, -+, --, but here is the catch: you cannot measure both at the same time.  Moreover, during measurement the particle makes a jump from the unmeasured state to the other.

Now here are the successes of the toy model:
Given such impressive successes a lot of people in the quantum foundations fell in love with the realistic epistemic point of view. No full blown realistic epistemic model for quantum mechanics was ever developed, and the PBR theorem which I'll talk about next time crushed any hopes for it (or so is my opinion).

Of course there is the other possibility of having a non-realistic epistemic interpretation, like Copenhagen and neo-Copenhagen and this possibility is alive and well.
Posted by Florin Moldoveanu at 4/17/2015 08:50:00 PM No comments: 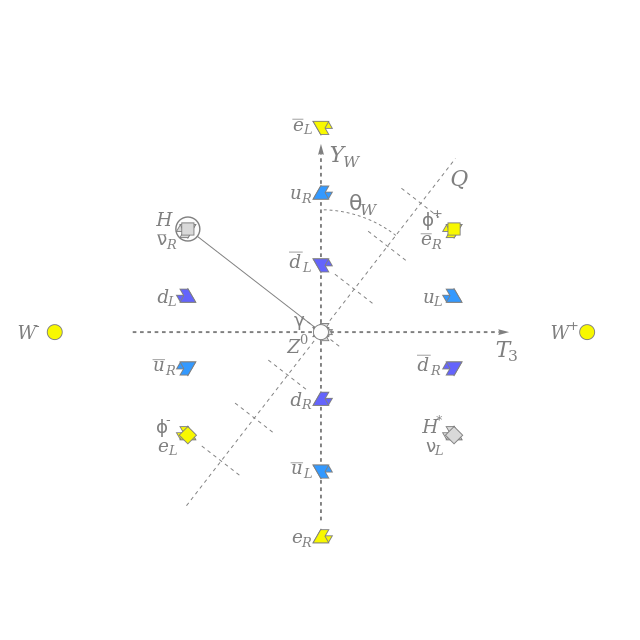 Still, regardless of the number system picked by nature for quantum mechanics, everything reduces to complex quantum mechanics when the internal degrees of freedom are ignored. This is because there are only two number systems which respect the tensor product, and in the non-relativistic limit they are identical. In complex quantum mechanics, the additional degrees of freedom form superselection domains, and C* algebras are compatible with superselection rules.
Posted by Florin Moldoveanu at 4/10/2015 09:32:00 PM No comments:

Quantionic Quantum Mechanics and Dirac's Theory of the Electron

Now we will present the relationship between quantions and spinors. They are basically two methods of taking the square root of the d'Alembertian: while spinors work in any dimensions, quantions are related to Hodge decomposition and this works only in 4 dimensions because of the interplay between 2-forms and their dual.

But let's start with the beginning. Nikola Zovko from the Ruder Boskovic institute in Croatia was following Emile Grgin's work very closely and he wanted to relate this work with known physics. To this aim he proposed an interpretation for quantionic quantum mechanics, an interpretation which generalizes Born rule: instead of probabilities the inner product will produce a 4-vector probability density current. Grgin calls this "the Zovko interpretation" and everything follows from it. In the regular complex number quantum mechanics, the wavefunction of say the electron in the hydrogen atom attaches to each point in space a complex number. Now in quantionic quantum mechanics each point in space time has attached a quantion and we know from last time that \(q^{\dagger} q\) (the "algebraic norm") is a future-oriented 4-vector. Summing over all complex number or quantion algebraic norms over the entire space yield either a positive scalar or a future oriented 4-vector and this is the Born rule. For quantions if  \(q^{\dagger} q = j\) is a 4-vector current then we must have an equation of continuity:

with H hermitian and A anti-hermitian matrices and we interpret H as outside potential, for a free particle we have: D q = -iAq and "A" can be expressed as:

This is more generic than the usual Dirac's equation because quantionic quantum mechanics describe a SU(2)xU(1) gauge theory. If we restrict however to the case of \(A = m \gamma^1\) we recover completely Dirac's theory. In this case there is a one-to-one correspondence between the 4 quantionic components \(q\)s and Dirac's spinors \(\Psi\)s:

and the quantionic current is Dirac's current:


But how come nobody else noticed an SU(2)xU(1) gauge theory before? Actually... this was discovered independently by David Hestenes.