What is wrong with Copenhagen/standard interpretation?

However, the old Bohr interpretation got a nice instrumentalist upgrade from late Asher Peres. I highly recommend his book: “Quantum Theory: Concepts and Methods” (http://www.amazon.com/Quantum-Theory-Concepts-Fundamental-Theories/dp/0792336321) In the Preface, Peres famously states: “quantum phenomena do not occur in a Hilbert space, they occur in a laboratory”.

On pages 172-173 of the book, Peres addresses the question of the universality of quantum mechanics:

“Even if quantum theory is universal, it is not closed. […] While quantum theory can in principle describe anything, a quantum description cannot include everything. In every physical situation something must remain unanalyzed. This is not a flaw of quantum theory, but a logical necessity in a theory which is self-referential and describes its own means of verification. This situation reminds of Gödel’s undecidability theorem: the consistency of a system of axioms cannot be verified because there are mathematical statements that can neither be proved nor disproved by the formal rules of the theory; but may nonetheless be verified by metamathematical reasoning.”

For all practical purposes, the interpretation works very well if we do not notice the logical inconsistencies of using classical measurement devices. Shut up and calculate said Mermin. But is Peres’ quote from above an acceptable defense of why the “something” which “must remain unanalyzed” be a classical device? Not at all.

What is needed is to obtain the emergence of the classical world from quantum mechanics. Then we can embrace Peres’ position (although there is a sizable amount of handwaving there).

The first step is to see why we don’t observe superposition. The answer is simple: decoherence. But decoherence is not enough. The unique experimental outcome needs an explanation too. Quantum Darwinism shows that what succeeds to be recognized as the measurement outcome is what succeeds to make copies of itself (and this in turn explains the preferred basis). This copying and amplification effect shows that the measurement device is in an unstable situation. The first outcome to be realized from a potentiality of choices wins the day and gives rise to “objective reality” where all observers can agree on the outcome due to the zillions of information copies of the one and only outcome. But how can one explain the very first copying event, the very first ionized atom, the very first collapse of the wavefunction? And do this while preserving unitarity. Here is where Peres hit the nail on the head: “quantum phenomena do not occur in a Hilbert space, they occur in a laboratory”. A Hilbert space is only a mathematical realization of some (operator) algebra (via GNS construction), and if in that algebra one can naturally create two elements out of one (this is called a co-product), Hilbert spaces can pop up or vanish with no mathematical or conceptual problems.

What is wrong with GRW and MWI?

In GRW theory, the wavefunction spontaneously collapses from time to time and this solves the measurement problem. However, GRW is a departure from quantum mechanics and the loss of unitarity leads to the universe heating up – a prediction which can be ultimately confirmed or rejected experimentally. The free parameters of the theory are tuned (picked) in such a way that currently we cannot measure this effect, but this does not rule out future more sensitive experiments. So GRW is technically not quantum mechanics and not an interpretation. My dislike of GRW stems from the fact that it is a stochastic theory and stochastic theories are not theories of nature since they violate the Hamiltonian or Lagrangean formalism. But ultimately experiments will decide the fate of GRW.

The Many-Worlds interpretation is a genuine interpretation of quantum mechanics and its aim is to solve the measurement problem while rejecting the collapse postulate and preserving full unitary time evolution. The basic idea is this: upon measurement, the wavefunction splits into two parts, and each part lives into a different universe. 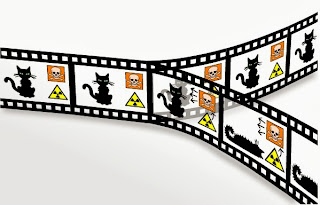 You may say this is preposterous because there should be zillions of universes and we witness only one. However, those universes are not interacting with one another so from your point of view, everything looks like the universe we experience every day.

-Why did people once think that the Sun is going around the Earth?
-Because it looked like that.
-But what would it look like if it were the other way around?

So for quantum mechanics:

-Why does the wavefunction collapse during measurement?
-Because it looks like that.
-What would it look like if there were no collapse?

Now if MWI is actually true, it would mean several things. For one, we will all be immortals (although the fraction of universes for which we continue to live in would be so tiny that it would not occur in practice). Also, it will affect the reasoning of a rational person playing Russian roulette.

But there is a genuine mathematical difficulty with MWI and this was first noted by himself. OK, the world splits, but HOW? There are many ways a wavefunction can be decomposed. In other words, the decomposition is not unique and the question becomes why is there a preferred basis for decomposition? Currently MWI gets its support from decoherence which specifies a preferred basis. But this is ad-hoc. Why is a particular time evolution (decoherence) singled out in this process? There is tension between the two stories: decoherence convinces us that it is very natural to not observe superposition because it is a consequence of an unremarkable and mundane time evolution, while MWI distinguishes and singles out the end state. Something is fishy in this story.

For me from all current interpretations, the one I like the most are the positions of Zurek and late Asher Peres. I presented in prior posts how I propose to change Zurek’s quantum Darwinism approach to solve the measurement problem in a fully unitary way. There are still unresolved technical issues, but this is a work in progress.

Next time I will present the Asher Peres/Copenhagen interpretation and what I find objectionable there.

What is wrong with Bohmian interpretation?

Let me clearly state that each and every existing quantum mechanics interpretation represent valuable contributions and provided new insight in quantum mechanics. Bohmian mechanics was a core incentive for to develop his inequalities for example. But what is Bohmian mechanics? The core idea is simple: the particle has a definite position at any single time and it is guided by a “quantum potential”.

Since there are no local realistic models for quantum mechanics, one can see right away that the quantum potential must violate relativity. But can quantum mechanics and relativity coexists peacefully? What if we pick Nonlocality as an axiom for quantum mechanics? Popescu and Rohrlich considered such an idea http://arxiv.org/abs/quant-ph/9508009 . While this did not result in deriving quantum mechanics, it proved a fruitful idea and it led to the introduction of a hypothetical device called a PR box (PR from Popescu and Rohrlich). If classical resources can achieve the maximum correlation given by the limit, quantum mechanics can achieve a higher correlation limit known as the Tsirelson bound http://en.wikipedia.org/wiki/Tsirelson's_bound. A PR box can go over the Tsirelson bound and achieve impressive feats http://arxiv.org/abs/quant-ph/0603017 .

Another problem I like to point out is the description of the hydrogen atom in Bohmian mechanics. If the electron does have a definite position, movement around the proton would radiate energy and the atom would be unstable. The solution in Bohmian mechanics is that the electron and proton are standing still at a fixed distance one from another. The problem is not that the electron is stationary despite electrostatic attraction (after all Bohmian mechanics is known for “surreal trajectories”) but the fact that this particular distance is distinguished from all other distances. This distance is completely ad-hoc with no possible explanation except “God made it so”. Compare this with the kinds of answers we get from quantum electrodynamics and it is clear why no quantum field theory was developed for Bohmian mechanics.


Who is James Randi (http://en.wikipedia.org/wiki/James_Randi)? He is a former magician who started debunking charlatans and who offers $1M for anyone able to replicate supernatural activities under test conditions. His You Tube clips are most funny. See for example a classic one:

Now physics is by its very nature against supernatural, but and in particular the quantum mechanics area with its counter-intuitive phenomena attracts lots of attention from general public and people espousing their own theories. These days perpetual motion machines are out of favor, and there is surprising interest in "proving Bell theorem wrong". Those "proofs" are in the same category with bending spoons with your mind, unicorns, and Santa Claus. To recap, Bell theorem proves that there is no local realism and there are no causal explanations possible for quantum correlations.

Some time ago Sascha Vongehr introduced the idea of a "Quantum Randi Challenge" asking the wannabe disprovers to demonstrate their theories on a computer program. Since I have extensive experience in both worlds of physics and computer programming, I tried to simplify the computer program part and this work resulted in the script presented in the prior post. And now I will explain how it can be changed by anyone to their heart's content.

The Bell theorem pedagogical script can be downloaded from: http://www.florinmoldoveanu.org/Math_Philosophy.html as Bell1.html.txt. Save it locally and remove the .txt ending in the name. The script is written in Java Script language. Here are some key points about the syntax:

For illustration please refer to this part of the code:

Now the part that the user is allowed and encouraged to change in order to test different ideas is the following:

I mentioned previously that any local realistic model should respect 3 requirements:
By code construction parameter and outcome independence are automatically fulfilled. Also Alice and Bob are allowed to share a random sharedRandomness3DVector variable which corresponds to a hidden variable. This hidden variable can be generated by the script when pressing this button:

or the user can manually erase the data and enter it by hand or according to their own "hidden variable theory".
Once that is done, all that remains is to replace the simple model I came up with:


with your own method. Save the file locally and try to reproduce the minus cosine curve in the limit of large numbers. If you can do it without changing the rest of the script, the Nobel prize for you is most likely just a formality at that point (and I'll eat my hat).
Tweet
Posted by Florin Moldoveanu at 9/07/2013 04:23:00 PM 4 comments: