Last time we introduced the structural form of a quantion:

and its product is defined as:

Given the Pauli matrix multiplication rule one can easily check that

and hence a quantion is nothing but a \(2\times 2\) complex matrix subject to the usual matrix multiplication.

For a general quantion

in matrix representation we can define three discrete transformations:

And quantions respect the CPT=1 symmetry. In the structural formalism this can be represented as follows: and we have the fundamental property:

Why is this important? Because all comes together due to the diagram below (which I crudely adapted from Grgin's book) 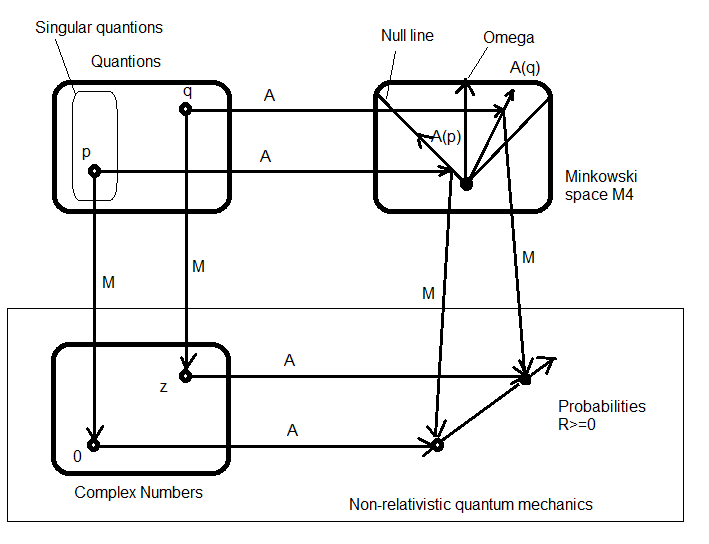 Next time we'll discuss the physics of quantionic quantum mechanics and its relationship with Dirac's theory. Please stay tuned. 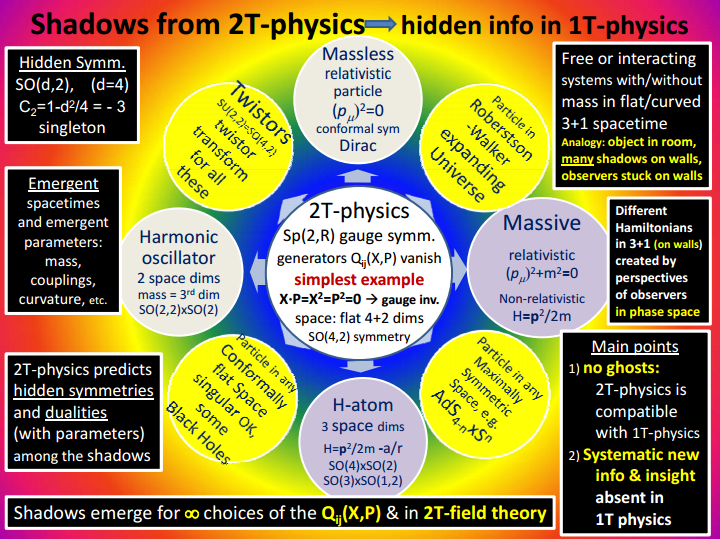 Then SO(2,4) corresponds to conformal compactification of the Minkowski space. Via the isomorphism SO(2,4)~SU(2,2) this is related with Penrose's twistor theory.

Skipping the lengthy derivation, one arises at a complex linear Minkowski space where the four-vectors are no longer real numbers, but complex numbers. Here we follow again the amazing book of Grgin.

We need to arrive at an associative algebra which describes the new quantum mechanics number system. We need to have associativity because quantum systems can be combined in an associative manner using the tensor product. We also need to recover the usual complex number formulation of quantum mechanics in the appropriate non-relativistic limit. Is there a linear functional \(\Omega\) which takes a complex Minkowski 4-vector into a complex number? If so, this would seem to violate the spirit of relativity. However, in the C* algebraic formulation of quantum mechanics any C* algebra can be made unital and \(\Omega\) turns out to be the unit of the new quantum mechanics number system. Physically this corresponds to specifying he direction of time at each Minkowski space-time point. A distinguished direction of time seem to contradict relativity but in the end it will all work out nicely when we'll add the interpretation of the inner product, so please have patience on this.

Now given \(\Omega\), we can construct the following combinations which can enter in the definition of an algebraic product: \(B^{\mu}_{\alpha \beta}u^{\alpha} v^{\beta} \)

or by using the Hodge duality *:

If we decompose a quantion as:

Next time we'll see how to arrive at the matrix formulation and SL(2,C). We'll also see that the above decomposition is related to the CPT theorem. Please stay tuned.
Posted by Florin Moldoveanu at 3/20/2015 09:08:00 PM No comments:

Continuing the quantionic discussions, let's see how the Lie algebra so(2,4) arises naturally in this framework. First in quantum mechanics the anti-Hermitean operators form a Lie algebra and the classification of Lie algebras was obtained by Elie Cartan. But in quantum mechanics there are additional relationships obeyed by the anti-Hermitean operators because if we multiply them with the imaginary unit we get a Jordan algebra and between them there is a compatibility relationship. This compatibility relationship restricts the possible Lie algebras and as expected one gets the unitary algebras su(n). However there is also an exceptional non-unitary solution: so(2,4).

It is too complicated to follow this line of argument, and instead I want to present a more elementary argument (also due to Emile Grgin) which arrives at so(2,4). With a bit of hindsight we start from a general SO(p,q) space which as a linear space is spanned by p-positive basis vectors: \(e_1 , e_2 , \dots , e_p \) and by q-negative basis vectors: \(e_{p+1} , e_{p+2} , \dots , e_{p+q} \) . Then we want investigate arbitrary reflections. Why? Because we are after obtaining non-standard ways to represent sqrt(-1) using the elements of SO(p,q) which is the key to the hermitian-anti-hermitan duality in quantum mechanics. In complex numbers if we consider the complex conjugation we can represent that as a reflection on the real axis, and this is a good hint. 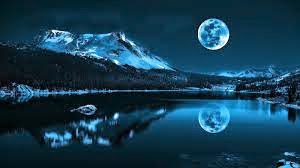 We are interested in continuous transformations only to the extent that they can undo a reflection. If we can find a unique reflection this can form a realization of the observables-generators duality in quantum mechanics.

Now consider a reversal of \(r\) arbitrary basis vectors in \(e_1 , e_2 , \dots , e_p \). If \(r\) is even the transformation can be undone by rotations because the determinant of the transformation is positive. Similarly all reversals for \(r\) odd are equivalent.

The first two kinds do not change sign, but the last kind does.

Then the following relationships hold:

and introducing m=k+l as an auxiliary notation we get:

Now we need to require that the complex conjugation is uniquely defined. This means that N(m) must have the same value for all the allowed values of m:

If we want to generalize the number system for quantum mechanics in a way that respects the tensor product and obtain a non-unitary solution, the only possibility is SO(2,4).

Why is this remarkable? Because SO(2,4) is the conformal group of the compactification of the Minkowski space. This is the first hint that ultimately we will get a relativistic quantum mechanics.
Posted by Florin Moldoveanu at 3/13/2015 08:15:00 PM No comments:

So let us start from the beginning. The algebraic structure of quantum mechanics corresponds to two algebras: the Jordan algebra of the observables, the Lie algebra of the generators, and their compatibility relationship (see definition 2.1 on page 7 on this).

Now it turns out that the compatibility relationship allows the introduction of an associative product which in the case of complex quantum mechanics is the usual complex number multiplication. Associativity has an experimental interpretation: the ability to compose two experiments sequentially.

The map J (\( J^2 = -1 \)) between observable and generators can be introduced in two ways:
In the second case let this special element be: \(O_J\) and to preserve invariance under tensor composition we demand that all other observables must commute with \( O_J \) So what we get is a sub-algebra of the two-product Jordan-Lie algebra and now we have a constained quantum mechanics compatible with the tensor product (unlike quaternionic quantum mechanics). In fact this is the BRST theory in disguse.

Now if we want to find something others than complex number quantum mechanics we need to look at non-unitary representations. This means that the associative product is no longer a division number system and hence we can get non-negative probabilities or "ghosts". But isn't this nonphysical?  Sure it is. However restricting the observables to be only the ones commuting with \(O_J\) restores sanity. The only price to pay is the generalization of the inner product.

It turns out that the unphysical quantum mechanics corresponds to quantum mechanics over \(SO(2,4)\) which is isomorphic with \(SU(2,2)\) and this contains two positive probability modes and two negative probability modes. However, restricting the observable to commute with \( O_J \) restores positivity and what results is a non-division algebra \(SL(2,C)\oplus SL(2,C)\) which Grgin calls the quantionic algebra.

Quantionic quantum mechanics is actually the gauge theory of electroweak interaction, is a BRST theory, corresponds to a Hodge decomposition of the d'Alembertian, and is fully equivalent with the spinor Dirac theory. All we have to accept is the fact that experiments do not result in probabilities but in the natural generalization of them in the special theory of relativity context: Dirac's current probability densities. Quantionic quantum mechanics is the natural unification of quantum mechanics and relativity. Moreover, this can only work in 3+1 spacetime dimensions! Spin, theory of relativity, and space-time dimensionality emerge naturally in this theory and they do not have to be assumed. We'll explore in depth this theory in the next posts.
Posted by Florin Moldoveanu at 3/06/2015 02:41:00 PM No comments: