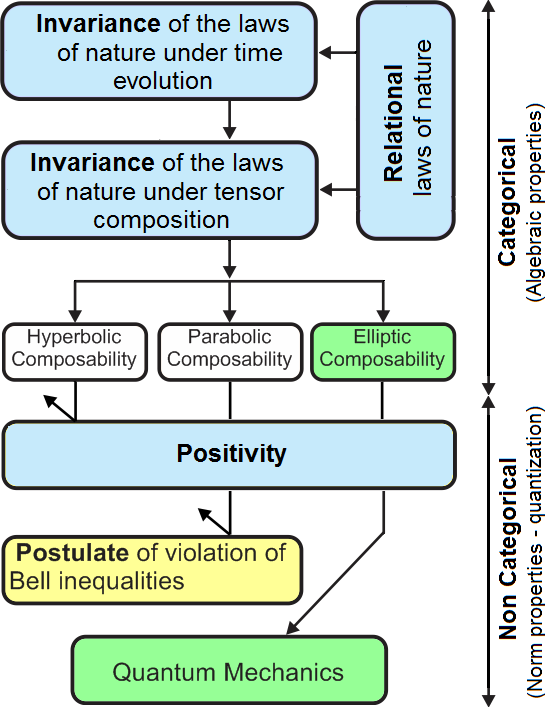 Elie Cartan was a French mathematician who made fundamental contributions in differential geometry and group theory. 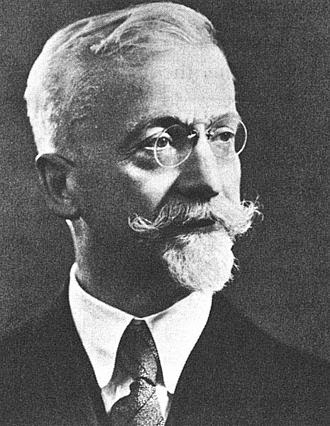 Today I want to continue the discussion regarding curvature and talk about Cartan's modern approach to differential geometry. Cartan died in 1951, three years before Yang and Mills wrote their seminal paper on gauge theory and he did not see how his ideas are used by Nature in all the four fundamental interactions: gravity, electromagnetism, weak force, and strong force.

Last time I presented the Christoffel symbols and I noted that they depend on the coordinate system used. Riemann uncovered an intrinsic geometric object called Riemann curvature tensor which expressed in terms of the Cristoffel symbols is:

Now those two equations are a thing of maximal physical beauty. Sure, they look alien and vaguely interesting in this abstract mathematical form which Cartan derived, but inside them hides Maxwell's equations, Yang-Mills gauge theory, and Einstein's general relativity. In the next posts it will be our job to extract the physics from them.

For example if \( A \) is the electromagnetic 4-potential because the electromagnetic gauge theory is abelian, \( A \wedge A = 0 \) and the two equations from above are nothing but Maxwell's equations as we will show later. Please stay tuned.
Posted by Florin Moldoveanu at 7/25/2014 07:12:00 PM 8 comments: 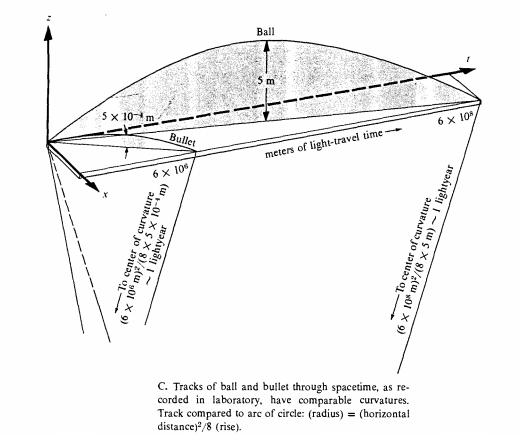 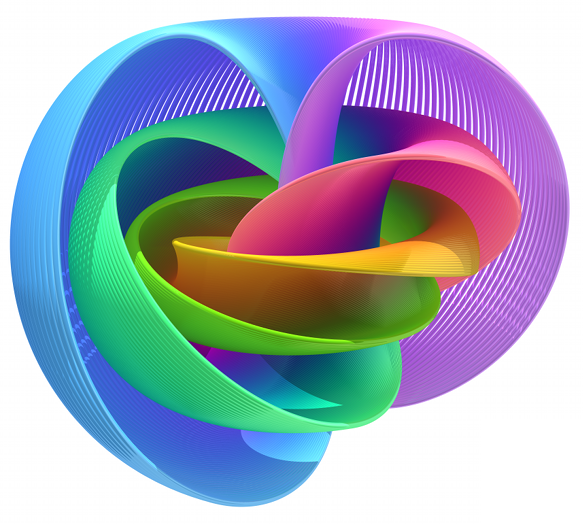 We have slowly introduced the tools needed to understand modern physics and we are almost there before seeing them in action. One particular mathematical pattern proves to be very useful and is one of those cases where you need to recognize at first sight: a short exact sequence.

We have seen exact sequences before in the homology and cohomology posts where a set of groups \( G_1,...,G_n \) are linked by maps and the image of one map is the kernel of the next map. Then you can only "hop twice" an element through the sequence before you end up in the identity element of the group. The geometric interpretation is that "the boundary of a boundary is zero".

So what happens when the exact sequence is short? The best way to get this is to work the problem from the other end. Suppose we have two sets A and C (I am skipping B on purpose). We can then construct the Cartesian product AxC and for each element from AxC we can understand A as an equivalence class. Then C ~ AxC/A and we can introduce a short exact  sequence:

Let us now introduce our element B:

Here is the problem: given A and C, what can we say about B?

In general knowledge of A and C does not determine B. This is because A and C can interlock in a nontrivial way and B is not necessarily AxC!

So how about some fancy short exact sequences:

Those are two of the celebrated Hopf fibrations. I the first case, S3 is a sphere in 4 dimensions and it can be decomposed into an S2 (the ordinary sphere in 3 dimensions) where in each point you have a circle (S1). The picture at the top of this post is a stereographic projection of the rigamarole S3 Hopf fibration because S3 cannot be plotted directly.

The real interesting use of short exact sequences however occurs in physics in gauge theory in fiber bundles.

In this case the short exact sequence pattern is:

In particular Connes' non-commutative geometry model of the Standard Model is best understood if you work out first a simpler unphysical proposal which gives rise to a short exact sequence. We'll get there... 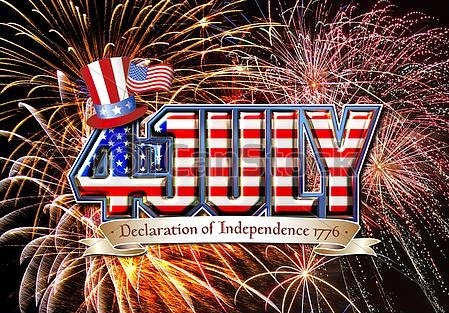 Today, in celebration of Independence day we'll have some mathematical fireworks :)

It is customary to learned in school about the dot product and the cross product. The dot product comes from projecting one vector onto the other, while the cross product creates a new (pseudo) vector out of two other vectors. The cross product is basically a historical accident which got accepted on due to its practical convenience but a better concept is the exterior product. Even better we can understand all of this in the framework of Clifford algebras.

Here is how it goes. We’ll work out the usual 3D space for convenience. Start with the 3 x,y,z unit vectors and call them: \( e_1, e_2, e_3\). Then introduce 2 practical rules:
Think of the unit vectors as matrices which collapse to the identity when multiplied by themselves, and anti-commutes.

and the exterior product is:


and in general for two vectors:

So for example Hodge duality maps bivectors (which are oriented areas to preuso-vectors (the cross product vector orthogonal to the area): 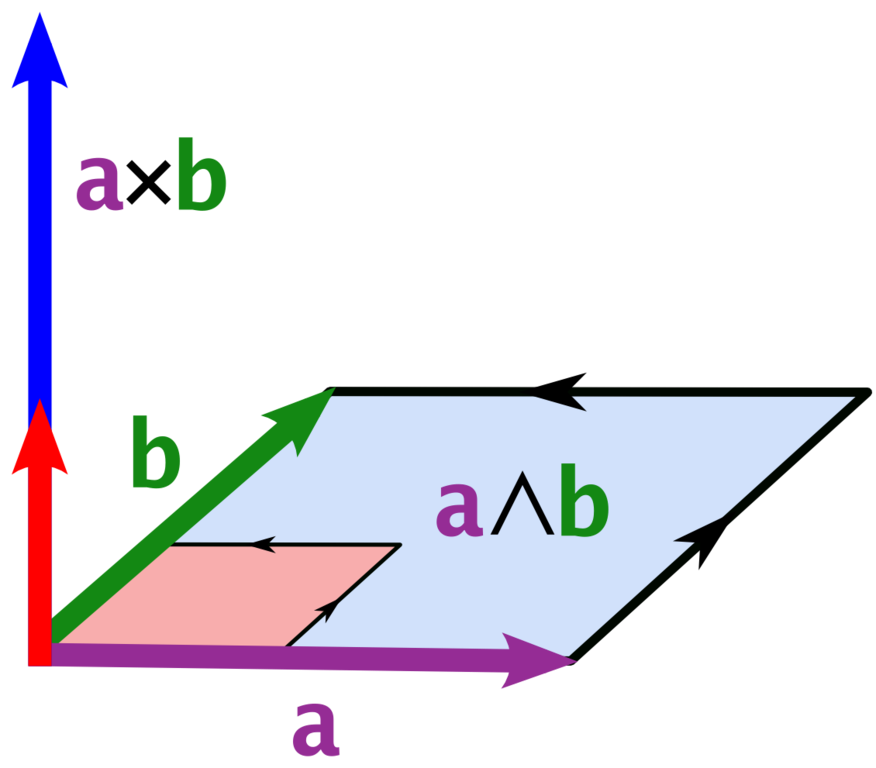 The Hodge dual exists not only for vectors and bivectors but for differential forms as well:

and Hodge defined an inner product of any two p-forms \( \alpha , \beta \) as follows:

and proved the Hodge decomposition theorem for any form \( \omega \) :

Then Maxwell's equations are:


So why are we looking at this compact formalism for Maxwell's equations? Because electromagnetism is only one of the 4 fundamental forces in the universe: gravity, weak force, electromagnetism, strong force, and the weak and strong forces are described by Yang-Mills gauge theory which is a generalization of Maxwell's theory. Without a compact notation and a clear geometrical meaning, we have no hope of understanding Yang-Mills theory and we will be stuck forever in the La La land of using cross products, gradients, divergences, and equations in components.