What is the boundary of a boundary?

Continuing the geometry discussion, let us start with an elementary argument: Let us consider a triangle and label its vertex as A, B, and C. How can we define its boundary? On the first try, it is easy: it is the sum of the segments: AB, BC, CA. Now consider a point D outside this triangle (for definiteness let it be next to segment BC) and construct the quadrilateral: ABDC. We would want to build up its boundary using the boundary of the two triangles: ABC and BDC. The problem is that the segment BC is not part of the boundary of ABDC and we need to add and subtract it at the same time. This works if we consider oriented segments with the convention that AB = -BA (here AB means walking from A and arriving at B). So if A, B, and C are the original vertexes of the triangle, the boundary is: AB, BC, -AC. Alternatively:

Now this straightforwardly generalizes to a simplex given by vertexes A1 A2,…, An 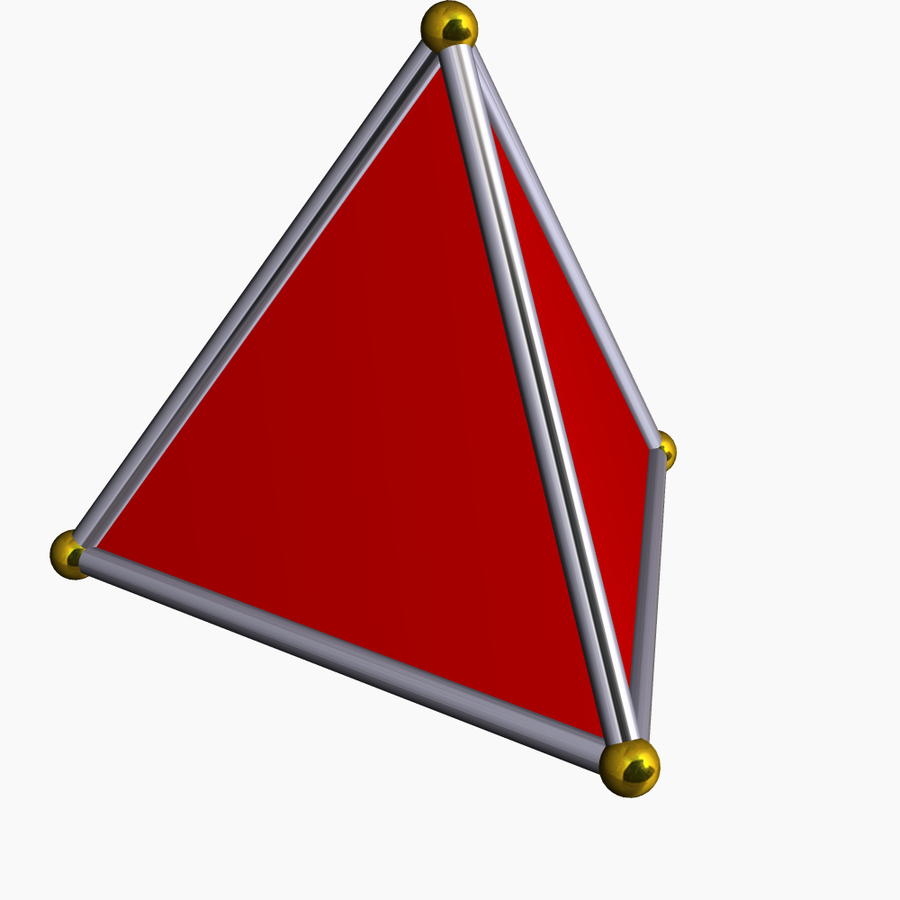 to the following sum of lower dimensional simplexes:

And we can then introduce a formal definition of a boundary of a simplex (A1 A2,…, An):

Key question: what would be the boundary of a boundary of a simplex: ∂ ∂ (A1 A2,…, An)? In the sum we would have to kill two elements i and j and we can do it in two different way: first kill i then j, or the other way around. For the sake of the argument assume i is smaller than j. What is the sign in front of the two terms?

The key point is that the two terms cancel and the boundary of a boundary is zero.

But why bother with all this, what is the point? This is essential because any smooth compact and oriented space can be approximated by small enough simplexes, and that the inner boundaries between simplexes cancel each other.

In general we want to uncover the holes in a space because spaces with different number or kinds of holes are different, and this is a great tool for distinguishing spaces (for example a doughnut is different than a sphere).

But how many spaces with holes do we know in physics? Actually a lot if we think carefully. In physics they usually hide under the term: boundary conditions. So what? We want to solve problems (say the electric field distribution in electrostatic), not classify spaces. But there is a very deep connection between solving differential equations like Maxwell’s equations and the classification of spaces. To understand the link we first need to understand the concept of a hole. In general a hole has two key properties:

Why it is so? Property (1) is true because you can walk around a hole in the space which contains it. For property (2) consider a ball. The ball is hollow precisely when it is not filled. If the ball is filled and solid, its surface is then the boundary of the material inside.

This will lead to “Ker modulo Image” and “closed modulo exact”, a mathematical pattern which occurs again and again in modern physics. In particular, electric charges are best understood as “cohomology classes of the Hodge dual of a two form”. This is a mouthful but it has deep geometric interpretation which unlocks the proper understanding of Yang Mills theory and the Standard Model. Stay tuned and I’ll explain all this using only elementary arguments. The subject is a bit dry for now, but hang in there because the physics payout is great.
Posted by Florin Moldoveanu at 5/30/2014 07:15:00 AM