Decoherence in a box

New Directions in the Foundations of Physics 2014

"When two systems, of which we know the states by their respective representatives, enter into temporary physical interaction due to known forces between them, and when after a time of mutual influence the systems separate again, then they can no longer be described in the same way as before, viz. by endowing each of them with a representative of its own. I would not call that one but rather the characteristic trait of quantum mechanics, the one that enforces its entire departure from classical lines of thought. By the interaction the two representatives [the quantum states] have become entangled.” 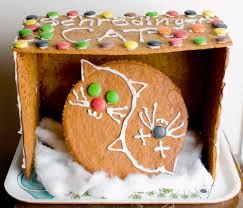 So why we don’t see then in our macroscopic world a cat both dead and alive? In other words, how does classicality emerge from quantum mechanics? The answer comes (in part) from decoherence which shows that interaction with environment makes the density matrix diagonal, free of interference terms. But is this a general enough mechanism?

In his talk “A Closed System Perspective for Decoherence”, Sebastian Fortin presented a framework which generalizes the current approach for both open and closed systems.

First let’s present the problem with closed systems. Unitary time evolution in quantum mechanics can prevent canceling the non-diagonal parts of the density matrix in a closed system. Decoherence works for open systems by talking advantage of the very large numbers of degrees of freedom of the environment which can absorb the “unwanted” information. There are two time characteristics in an open quantum system: decoherence time and relaxation time.  You can have decoherence without equilibrium (an obvious example are the planets of the solar system) but dissipation always implies decoherence. (This means that a quantum system reaches decoherence faster than equilibrium.)

In a closed systems, equilibrium or standard decoherence may not occur, but we can still get emergent classical behavior. So here is Fortin’s proposed solution: non-unitary time evolution is achieved by course-graining:

This is not at all unusual: for example in the kinetic theory of gasses individual molecules never rest and reach (static) equilibrium. However, course graining can extract the relevant macroscopic information: gas density, pressure, etc.

In a closed quantum system the non-diagonal elements do not go to zero, but they may cancel each other out.

This mechanism also works in open systems in addition to the standard way of evolving the non-diagonal elements to zero. Hence, the framework is universal. As an application: Fortin talked about self-induced decoherence:

A good example of relevant observables is van Hove observables. To understand more of the proposed framework, I recommend this paper:  “The problem of identifying the system and the environment in the phenomenon of decoherence”.

The key strength of the proposed unified classicality emergence framework is that it can be put to the test against real physical systems, and its predictions can be confirmed or not by experiments.
Posted by Florin Moldoveanu at 5/09/2014 10:21:00 PM