Finally I am ready to discuss the topic I promised: entanglement swapping. This s not a hard topic, and in fact it is usually given as a homework problem but since Lubos insists on doubling and tripling down on the fact that quantum correlations can arise only due to prior interaction:

"Whenever there's some correlation in the world – in our quantum world – it's a consequence of the two subsystems' interactions (or common origin) in the past."

"Of course I stand by the statement. Causality/locality implies that any entanglement - or any correlation - between objects in two places has to result from their contact or interaction in the intersection of their past light cones."


I want to work out the problem in detail for anyone interested to see under what conditions two particles can become entangled even though they never interacted.

Let me start with the usual Bell states:

and have two pairs of Bell particles (which do originate as Lubos demands from a common origin in the past). It does not matter which Bell states we start with and for the sake of the example let's pick the following 4 particles in the state below:

Now Charlie does a projective  measurement on say \(\Phi^+\) on particles 2 and 3:

This means that we apply the projector:

Ignoring the overall normalization factors for simplicity sake this means we need to compute:

and now particles 1 and 4 are entangled despite never interacting in the past.

So how does Lubos explain this?

"In quantum information, this is a part of the "LOCC" ("local operations and classical computation" do not create or increase entanglement) principle"

"It's like the entanglement is riding on a train A and changes the trains to another train B that happens to meet A at some point."

This is fuzzy handwaving talk. It is true one can do correlation swapping in the classical world: suppose Alice has left and right gloves and she puts them in a bag. Bob does the same thing with his gloves and Charlie picks up a glove from Alice's bag and one from Bob's bag. Upon inspection of what he extracted he know how the gloves left in the two bags are correlated. However in the quantum case things are qualitatively different because of the active role of the observer and the fact that the result of measurement does not exist before measurement. I think I know where Lubos is coming from. I am speculating that he truly believes that quantum correlations are like Beltramann' socks, and if so his position makes perfect sense. However this is an unsustainable position and I plan to show why in subsequent posts. Lubos war on Bell is unsustainable as well. If you want to criticize Bell you have to do it on his genuine fault: the idea of beables. But this is a topic for another day, Let's continue:

"So the pair entangled afterwards is described differently after the trains are switched but the entanglement is preserved and links two places that change continuously and at most by the speed of light."

This is a crackpot statement. The introduction of the speed of light arguments illustrates a fundamental misunderstanding. Basically here Lubos attempts to come up with a handwaving argument of sliding the light cones of particles 1 and 4 until overlap for the purpose of generating correlation. Collapse in the classical and the quantum world is the result of information being revealed. There is no such thing as a propagation of collapse and/or correlation at the speed of light or slower. Any talk of propagation of collapse/correlation is nonsense.

I am pretty sure Lubos will counter this and  attempt to clean the handwaving but if he is precise he will have to pick between two unacceptable options: (1) introducing considerations of propagation of correlations or (2) explain the 1 and 4 particle entanglement similar with my gloves example above and contradicting the role of the observer. If I were to make a prediction he is going to pick option 2 and argue that quantum correlations are precisely like Beltramann' socks.

"Why teleportation isn't a counterexample - or a source of nonlocality - was also discussed in detail in Susskind's recent arXiv:1604.02589."

Here I talk about entanglement swapping, not teleportation. True they are closely related, and true, entanglement is not created by LOCC. Again the contention is on this statement: "Causality/locality implies that any entanglement - or any correlation - between objects in two places has to result from their contact or interaction in the intersection of their past light cones"
which is proven false by the computation above. 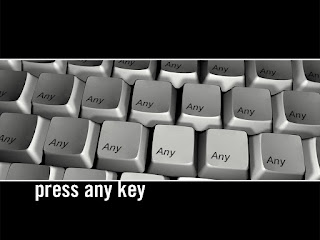 It is always dangerous to make grandiose statements using "all", "any", etc.

I won't get into the ER=EPR argument, but at some point in the future I'll explain why it is irrelevant in the quantum foundation/interpretation area.

"Feel free to write another completely wrong blog post - you have already written dozens of those - this URL is one giant pseudointellectual dumping ground."

On quantum interpretation, both me and Lubos are in the Copenhagen camp and I (civilly and without burning bridges) disagree more with the Bohmian or the MWI positions than with Lubos. From 10,000 feet if you do not care about subtle points and excluding his vitriol Lubos is basically correct in his quantum mechanics intuition.

However there is a fundamental difference between us: I am (neo) Copenhagen because my work proved to me this is the correct point of view while Lubos is a self-appointed defender of quantum orthodoxy. Lubos shoots from the hip, is not aware of subtle points in quantum mechanics, and hides his ignorance by ad hominem attacks. I do not care about him being a jerk any more than I care about being criticized for not wearing pink slippers at work. I do care very much however about being right and if I am proven wrong I do acknowledge my mistakes (nobody is perfect). Like Trump, Lubos never acknowledges mistakes and doubles and triples down. And I just could not resist calling the emperor naked when this happens.
Posted by Unknown at 8/12/2016 10:56:00 PM