Continuing the discussion about quantum mechanics interpretations, today I want to look in depth on what it means to have a composite quantum-classical system. In standard Copenhagen interpretation, the measurement apparatus is considered to be described by classical physics. In physics there are only two theories of nature known and possible: quantum and classical mechanics and usually classical mechanics is described as the limit of quantum mechanics when \(\hbar \rightarrow 0\). How can we introduce a fundamental theory of nature by using its limit case which is of a different character (obeys local realism)? This is one of the usual criticism of Copenhagen and a motivation for people to look for local realistic models of quantum mechanics. More important I think is to decide if there can be any consistent quantum-classical description of a physical system. But are there real world examples of such composite systems? I saw once this example given at a physics conference: a transistor. We do not see transistors in a superposition state and its inner workings are definite quantum mechanical. 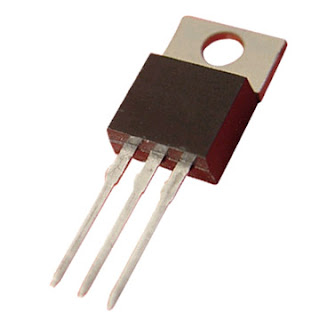 So now that the stage is set, we can provide some answers. The framework is yet again the categorical approach to quantum mechanics, and part of what I will state today was discovered by one of Emile Grgin's colleague at Yeshiva University, Debendranath Sahoo: http://arxiv.org/pdf/quant-ph/0301044v3.pdf

So let's start at the beginning: is quantum mechanics defined by using one of its limits? The answer is no, but this is only a recent development with the complete derivation in the finite dimensional case of quantum mechanics from physical principles. Quantum mechanics stands on its own without classical mechanics help.

Is classical mechanics defined by the limit \(\hbar \rightarrow 0\)? Surprisingly, no again! This limit is mathematically sloppy, the proper limit is for \(\hbar\) to become a nilpotent element: \(\hbar^2 = 0\). If you remember the map \(J\) between observables and generators, its dimension  is actually \(\hbar\) and while in quantum mechanics \(J^2 = -1\), in classical physics \(J^2 = 0\), meaning \(\hbar^2 = 0\) in classical physics. Another way to see this is by looking at deformation quantization approaches and convince yourself this is the proper limit. But if we are not sticklers for math and we adopt a physical point of view, \(\hbar \rightarrow 0\) is good enough.

If \(\alpha_1\) is the commutator, \(\alpha_2\) is the Poisson bracket, \(\sigma_1\) is the Jordan product, and \(\sigma_2\) is the regular function multiplication, what would \(\alpha_{12}\) and \(\sigma_{12}\) be? In quantum mechanics one can have superselection rules and there is nothing which prevents us to combine the 4 ingredients in a marriage of convenience. The penalty however is that we get something which lacks invariance under tensor composition! As such there cannot be any possible generalization of the commutator in the quantum-classical case. And people did try to invent such things but no such proposal withstood scrutiny. But this is not the only penalty!

What Sahoo found (working the problem Grgin-Petersen style) is that there is a lack of backreaction from the quantum to classical system! I double-checked the proof, it is correct, and because it involves a lot of Latex typing I will not repeat it here but you can read it in the paper. The result has two main implications:
If we were to solve the measurement problem we must do it solely in the quantum world. MWI is not the answer and it is no longer the only pure unitary quantum game in town. The categorical approach shows the way and provides a brand new solution. Despite its classical appearance, the transistor is still only a quantum object. The main problem is not interpreting quantum mechanics to appease our classical intuition but to explain the emergence of classical behavior. Decoherence only provides a partial answer. Please stay tuned.