What is the relationship between unitary evolution and collapse in quantum mechanics?

Last time we started discussing the measurement problem. In quantum mechanics textbooks, a quantum system is presented as undergoing two distinct time evolution:
The epistemic explanation of it is very simple: the collapse corresponds to information update. QBism has self consistent explanations to all quantum puzzles, so why bother seek a different solution to the measurement problem? I mean besides trying to erase from your memory the creepy picture Chris Fuchs is using in his talks about qbism: 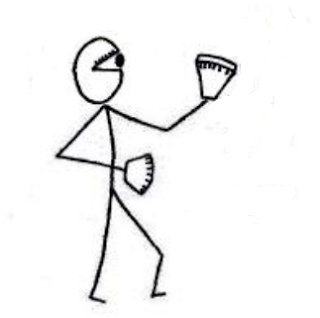 For some reason this picture of an one-eye man with measurement dials instead of hands is like a bad song you cannot get out your brain.

The answer is that any non-unitary time evolution is fatal to quantum mechanics. Here is why:

So for pure mathematical consistency arguments, can we describe the (non-unitary) update of information using only unitary time evolution? Yes we can, and the answer is that the non-unitary collapse is nothing but a change in the GNS representation, but to show it rigorously I need to build up the required machinery.

Last time I made a strong claim: the transformation

For now I only want to point a problem in the easy integer numbers setting. When you learn arithmetic in elementary school , first you learn to add and subtract. Then you learn about multiplication and division. Fast forward to say your high school or early undergraduate years, you learn to formalize those operations in the concepts of groups, rings, and fields. The natural numbers for example are an abelian monoid. Going from monoids to groups one needs to add the inverse elements. Natural numbers N become the integers Z. And in the integers abelian group Z you have two operations: \(+\) and \(-\). But wait a minute, a group has only one operation! So what does the subtraction operation mean? Do we have two independent operations? In a field there are two independent operations, addition and multiplication, but not in a group.

Starting from this trivial observation that subtraction must be not independent from addition, the problem is how to express one in terms of the other. The first try is to say: no problem at all, subtraction is addition by negative elements. I bet you already heard that in school. But this is mathematically sloppy and unacceptable answer because the definition of an operation should be decoupled from the nature of the elements it works with. It turns out that there is a unique way one can turn an abelian monoid into an abelian group, and this was figured out by Mr. Grothendieck.

So what does this have to do with quantum mechanics? Do you know a natural abelian monoid there? When we compose quantum systems we use the tensor product: \(\otimes\). This is associative: it does not matter the order in which we compose Hilbert spaces. It has a unit element: compose with nothing. It is also commutative. We will see that the inverse operation \({\otimes}^{-1}\) is deeply related with the collapse postulate, but it is not a straightforward relationship. Please stay tuned.