Clothes for the Standard Model beggar

Although there were several other interesting talks at the DICE2014 conference, I'll not talk about them because they are right in my active research area and I do not want to present half-baked ideas and work in progress.

One very interesting talk was given by Fields Medal winner Alain Connes: 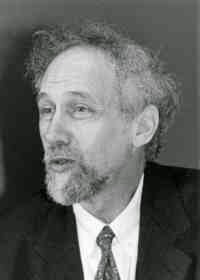 I won't talk about this because I do not fully understand it (and him pulling a Houdini-type disappearance after the talk like all the 100+ physicists at the conference were infected with Ebola prevented the opportunity to ask in depth questions). But I do want to present some general ideas about Connes-Chamseddine approach to the Standard Model which occurs naturally in Connes' non-commutative geometry setting.

Now when you look at the action for both general relativity and the standard model you notice the groups of invariances. In general relativity you have the group of diffeomorphims, and in the Standard Model you have the group of gauge transformations. Diffeomorphisms are easy to understand because they mean that there is no preferred system of reference in nature. One way to unify of gravity with Standard Model is to try to understand diffeomorphism as a gauge group. This is a faulty interpretation and Streater talks about it in his famous "lost causes". Now Connes' idea is the other way around: we can obtain the gauge group from diffeomorphism in a suitable generalized space. And so Connes' unification is geometrical in nature.

To get to the full Standard Model is not at all easy and is best to see how all this works on a toy model: gravity coupled with SU(n) Yang Mills theory. Start with a manifold M and consider continuous functions on it: \( C^{\infty} (M) \). Now let's add at each point an internal space described by an \( n \times n\) complex matrix representing the inner degrees of freedom of a Yang-Mills theory. Then consider the involutive algebra \( A\) of \( n \times n\) matrices of smooth functions on the manifold M:

Now the fireworks: the inner automorphism \( Inn (A) \) is isomorphic with the gauge group \( \mathcal{G}\) and the short exact sequence:

And so the full group of invariance on a new space \( X = M \times M_n (C) \) is the semidirect product of the diffeomorphisms on M with the gauge group and the diffeomorphism shuffles (acts on) the group of gauge transformations.

Generalizing the space from a regular manifold to a product of the manifold with a discrete non-commutative space F: \(X = M \times F\) by pure geometrical concept of diffeomorphism in the new space generates general relativity coupled with new gauge degrees of freedom which can be understood as inner fluctuations of the metric.

Now for the connection with non-commutative geometry: because in nature there is no absolute coordinate system, to specify a position one needs to use geometric invariants, and in particular, there is an alternative description of them using spectral information. Connes makes the point that the very definition of a meter now uses a certain laser wavelength information-a spectral concept. From non-commutative geometry Connes introduced a spectral triple (A, H, D) where A is an algebra, H is a Hilbert space, and D is Dirac's operator to have an alternative encoding of the geometric information in a diffeomorphic setting. For the Standard Model the job was to find an appropriate spectral triple which will generate the Einstein-Hilbert action of general relativity and the Standard Model action.

And so for the Standard Model beggar its clothes come as follows: the algebra A comes from the gauge group information, the Hilbert space comes from fermions and a spin manifold, and the Dirac operator comes from the Yukawa coupling matrix. In the end, while the new equivalent description does represent a simplification, the algebra \( A \) is rather complex as it involves the three generations of matter and the full theory is not as neat as the toy model.  One last key point: how can we define the notion of distance in a space which contains a discrete space? In non-commutative geometry there is a suitable generalization using the norm of an operator which works even for discrete spaces.

Much more can be said about this approach to the Standard Model, but I only wanted to present a 10,000 feet impressionistic view of it. I only want to state one more thing: Connes-Chamseddine approach predicts new physics beyond the Standard Model and rejects the "big desert hypothesis" in order to correctly predict the Higgs mass and so the theory is falsifiable.
Posted by Florin Moldoveanu at 11/06/2014 11:26:00 PM