Last time we introduced Euler’s characteristic and noted that it is an intrinsic geometric invariant. We can now take the geometry story in two different directions and we will follow it both in due time.

Let us start with a game: try to cover the Earth’s surface in triangles (which can be as small as we need to follow the contour precisely). Also when we add a new triangle, color the surface green (substitute here you favorite color) not to loose count of faces, edges, and vertices. We can cover the Earth all the way around until only a last triangle is left to be colored. Up to that point, F+V-S=1 (because when we add a new vertex and we color the new triangle the number does not change), and when we completely color the surface of the Earth, at the very last step: F+V-S=2. Now imagine increasing the gravitational attraction which smoothes the surface to a perfect sphere. Nothing changes in F+V-S however. This is the key idea of homotopy: one can continuously deform a shape in such a way that no tears occur. Then the initial and final shapes are equivalent and retain some core characteristics. For example one can deform a coffee mug into a doughnut and this is called homeomorphism. Mathematically a homeomorphism is a continuous map with a continuous inverse. It is important to note that the continuous property for the inverse map is essential otherwise a line segment can be equivalent with a circle, and this contradicts the no tearing property.

Now back to "intrinsic" geometrical games: suppose you are an ant on a doughnut. How can you uncover the type of shape you are on? One way is to play the triangle game from before, but what if the space is infinite, or very large? (remember that Euler’s characteristic can change at the very last step). Fortunately help comes from ancient mythology in the form of Ariadne’s thread. 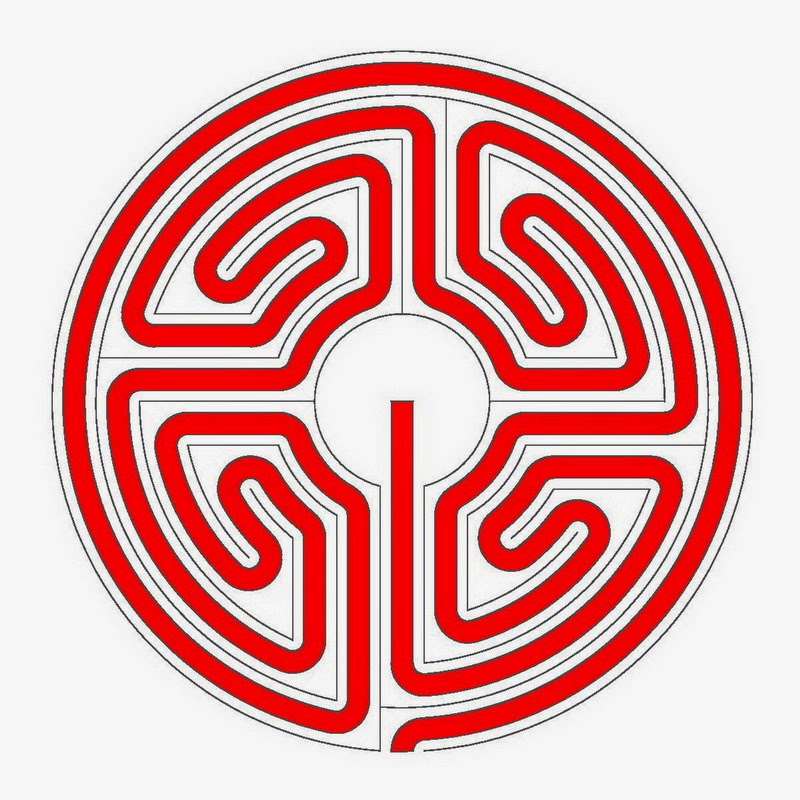 but with a twist: after you randomly journey through the surface of your space, make sure to always return to the starting point. Then try to reel the thread back on both ends at the same time. If your space has no intrinsic holes, and is simply connected, you will succeed to get all your thread back. However, if you go around a hole N times, your thread will become stuck. This may look like trivial observations, but it has extremely deep connections with electromagnetism and high energy physics as I will show over time.

What we need to realize is that this thread game has secretly a hidden mathematical structure: a group. A group has an associative operation, an identity element, and each operation has an inverse. The group elements in our case are the trips, and the associative operation is concatenating two trips one after another. When we do that, we tie the end of the thread for the first trip to the beginning of the thread of the second trip, and try to reel in the combined thread. The inverse operation of a trip is a reversed trip, and the identity element is the “stand still” no trip.  What we just introduced is the first homotopy group (or the fundamental group). Child’s play? For the first homotopy group yes, but things will quickly get out of hand. Next time we’ll generalize Ariadne’s thread game, observe that is no longer intuitive, and seek a simplification which will lead us to the wonderful craft of tailoring clothes or as mathematicians like to call it in fancy abstract and impenetrable obscure language: homology. Who knew that fashion design and making clothes is deeply relevant to understanding Nikola Tesla’s alternative current generators?
Posted by Florin Moldoveanu at 4/12/2014 12:33:00 AM