I won a bet I did not want to win

There are times when events in the society at large overshadow everything. In US politics, Donald Trump just cleared his last hurdle to win the republican nomination. Last September I made a bet for a 6 pack of beer with a colleague that Trump will win the nomination. This was not a crazy bet on my part but it came from witnessing the dirty politics in Romania after the collapse of communism and drawing the parallel. I other words I have seen this movie played out before and I also recognized the complete lack of antibodies in US society to react to the kind of evil represented by Trump and his allies. The level of outrageous, disgusting, and blatant lies I see on TV from the so-called "Trump supporters" like Jeffrey Lord match or exceed the lies from former communists right after the collapse of communism in 1989.

Both republicans and democrats in US are now reaping what they sow.

On the republican side, you have an elite in bed with big business who polished the science of fear-mongering to whip up a base of losers left in the cold by globalization. It is this base who provided Trump with his victory. This mob does not practice reason and is only aroused by blind emotions. In the 20th century there were two evil utopias: fascism and communism. Fascism slogan is: you are the best, while communism proclaims: we are all the same. When you are hurting economically it is hard not to fall pray to those utopias. Trump is basically a proto-fascist dictator in the making who vows to "make America great again" but so far managed to "make America hate again". Trump cynically said that he could shot someone on 5th avenue in New York and still not lose a single vote. I think he was actually right. The rational voices like Mitt Romney or John McCain were soundly defeated, while the only serious challenge to Trump came from the half-asleep charlatan Ben Carson or "Lucifer in the flesh" Ted Cruz. Carson stated for example that the pyramids in Egypt were built to store the grains according to the biblical story of Joseph in Genesis (Ben Carson voters: people know how to read hieroglyphs for quite some time and we know the story of the ancient Egyptians and of the pyramids by reading the hieroglyphs). 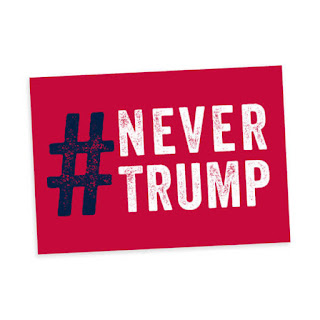 The situation on the democratic side is not rosy either. Hillary Clinton is just as dishonest as her husband (remember "wiping the server with a cloth?") and she cynically rose to the current position starting with her disgusting defense of Bill in the days of the Lewinsky affair. She planned all her actions step by step over the years. For example in Virginia-a key state in the general election, she planted as governor a slimy ally who almost lost his election because of his untrustworthiness when democrats should have won in a landslide following the corruption scandal of the prior republican governor.

So what can we choose in a general election? A narcissistic bully endorsed by the KKK who will make a prostitute the first lady (just google Melania Trump's "supermodel" photos in GQ - I will not post her naked photos here), or a person rotten to the core? Democrats are right now drinking the cool aid of thinking that Hillary will win in a landslide. I predict that the general election will be very close and of low turnout. On the democratic side Hillary has the appeal of broccoli to a kid who hates vegetables, and on the republican side you got  people who would not vote for Trump.

Trump only speaks stupid things because he is playing to his base, but he is very sharp and shrewd and he should not be underestimated. Never Trump should be the motto of all sane people. To appreciate how bad the situation is, a former recent CIA director threatened Trump publicly with mutiny of the arm forces and given who said this, it basically amounted to a treat of a military coup. Can you picture Trump with his finger on the nuclear button? I can't.
Posted by Florin Moldoveanu at 5/06/2016 11:10:00 PM